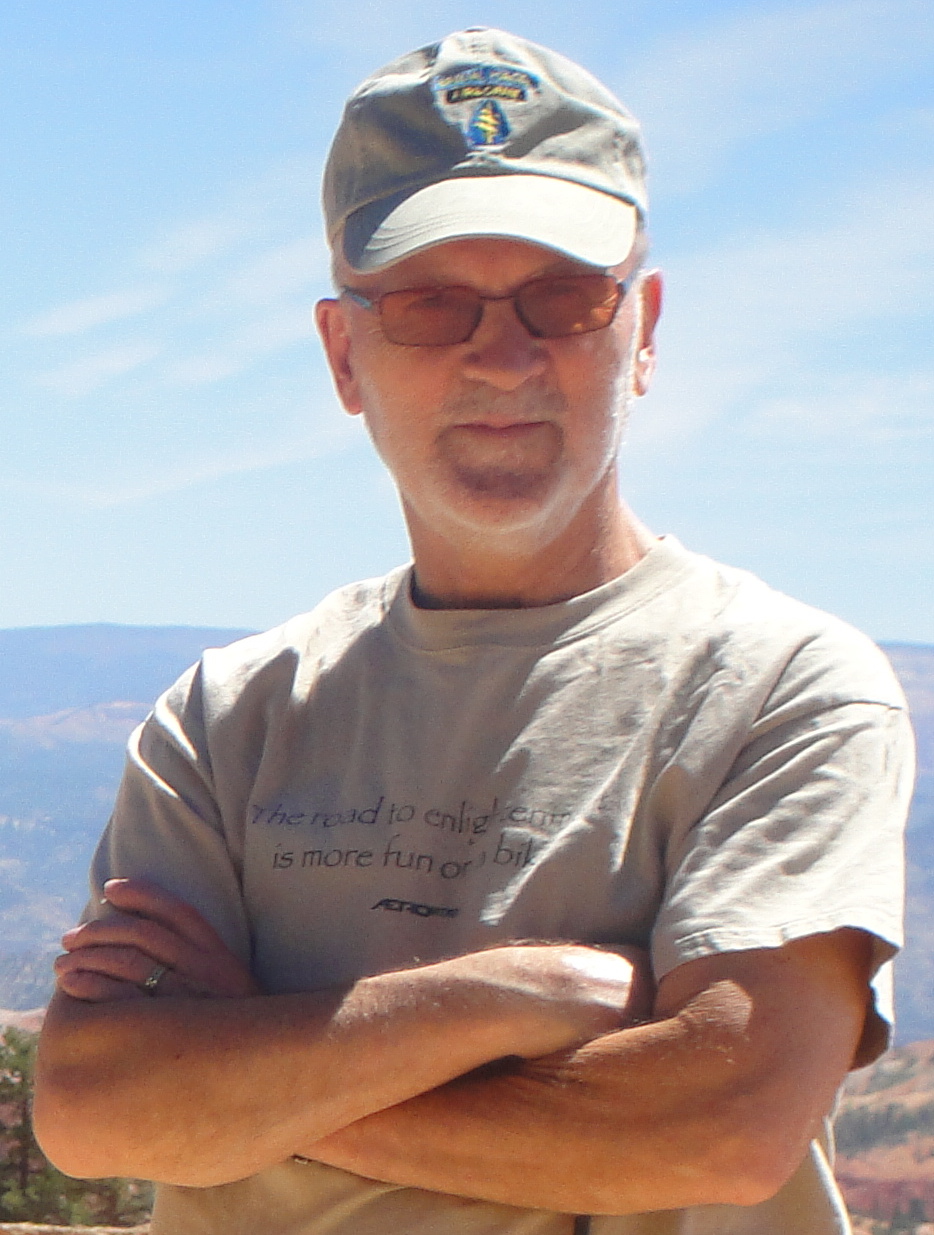 Things have changed a lot since I put up the first version of the page in 1995. Today (2015) there are social media sites that do what this page used to do much better than I did it. So you can find stuff about me that used to be here by visiting these pages. Though I warn you, I use Facebook only infrequently, and the others hardly at all:

Wanda is retired, and I'm semi-retired. I do Web development for Silverwood Theme Park (mostly behind the scenes intra-net stuff plus all the online purchase systems). We both love to travel, and plan to do a lot more in the coming years.

I still run a bunch of Websites: MicaPeak.com, software-ingenuity.com, gpndg.com, hmarc.com and a few others. Currently my tool of choice is an upgraded (w/RAM & SSD) 15" MacBook Pro with three operating systems: OS/X, Windows 7 and Ubuntu 12.04, and work mostly in PHP, JavaScript, HTML5 and CSS3. Lately I've been writing new stuff, and rewriting a lot of old stuff, and have become a real fanboy of Responsive Web Design using HTML5 and CSS3 plus several other packages like jQuery, PhoneGap, node.js and others. I have a large number of email addresses, but you can always email me here at this domain, using any name you like. I prefer 'marc'.

I'm a motorcycle junkie, and ride primarily my 2009 BMW F800GS though I'm always dreaming about my next motorcycle — which this year includes the Honda Grom (Wanda could ride it too!),  the sweet little KTM RC390 single-cylinder street bike, and the new 1100cc Indian Scout V-twin even though I'm really not a "cruiser" kinda guy. I can't tell you exactly how many motorcycles I've owned in my life thus far, but I'm pretty sure it's something north of 80...

In 1995 I discovered a family diary which was written in 1882 during a wagon train trip from Kansas to Washington Territory.  If you have any McDowells in your family tree you might want to check it out! I've gotten a fair bit of email from distant relatives as a result of having this diary online, including a message from the woman who now has the original!


» Placing a memorial stone for Ken Morton, along with some of his ashes, near the Black Rock Desert.


» Eagle Lake, CA to La Grande, OR over 2 days and many gravel roads including the Steens Mt. Loop.


» La Grande, OR to Spokane, WA via forest roads in Hell's Canyon.


» A visit to Fly Geyser at the edge of the Black Rock Desert.

» A motorcycle ride to visit one of the Largest trees in North America.


» A long solo motorcycle ride to Canada's Yukon and the Alaska border.


» 5 days to/from Gerlach, NV to hang out with motorcycling friends.

» A trip to southern British Columbia, on my new Aprilia with my friend Phil.


» Another version of The Dirt Gather, an extended weekend of dual-sporting & motorcycle camping.


» A non-motorcycle trip to Bogota, Colombia, with Jennie.


» Lots of Flowers from the Colombia trip.


» The Mongui part of the Colombia trip.

» My 2nd motorcycle trip into Baja, this time via dirtbikes, with two friends.


» A non-motorcycle trip to Washington, D.C. to visit Jennie.

» A trip to Arizona, with photos.


» Riding the Apache Trail, in Arizona.


» Riding to Ely, NV for the White Pine Fever rally.


» A motorcycle trip to the US MotoGP race, in Monterey, CA.


» A motorcycle trip to the Canyon Country of the southwestern USA.


» A motorcycle trip to Baja, Mexico.


» A motorcycle trip to Sheepranch, California.


» A trip to Puerto Vallarta, Mexico.

» A motorcycle vacation in the Alps.

» My friend Phil documented our motorcycle ride to Bella Coola, BC.